NEW...I'm super excited to share this video with you all.  Triumph Pet Food featured me in one of their projects which is a huge honor. 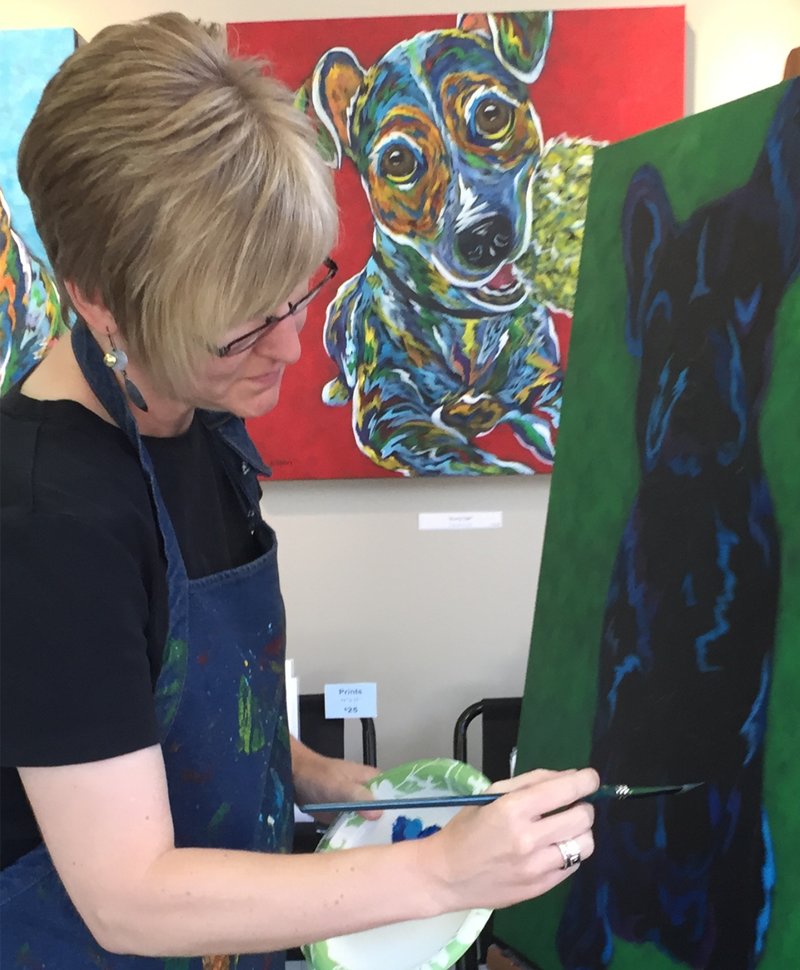 Angela Alexander is an Asheville-based artist specializing in pet portraits. Alexander starts with a black canvas and then layers loose brushstrokes in vibrant colors to reveal the dog, cat or farm animal she’s painting. The bold colors that characterize her work represent her subject’s energy and personality.

Alexander did not begin her career as a painter until later in life, after being laid off from her graphic design job. Her first paintings were whimsical drawings of her brown and tan Chihuahua, Sadie, whose markings made it look like she was wearing a mask. Consequently, up until Sadie passed in 2015, Alexander painted all her subjects wearing masks and glasses. Over the years her style has evolved from playful and often comedic caricatures of pets, to the more refined and abstract technique she uses in her art today.

Her work can be found throughout Asheville in hotels, galleries and animal hospitals. Elsewhere, Alexander's work is collected nationally and internationally, has been showcased at the AKC Museum of the Dog in St. Louis, MO, and featured in Air Bud Entertainment’s movie Pup Star: Better 2gether.

Alexander also frequently works with local animal shelters to raise money and awareness. Her popular “Forget Me Not” series features dogs from a local rescue who have been in the shelter’s care for an extended period of time. In addition to donating a portion of her sales from the series back to the shelter, Alexander’s aim is to tell the dog’s story and help it find a loving home.

Alexander currently has two dogs of her own, Frida and Ellie, who continually inspire her work.